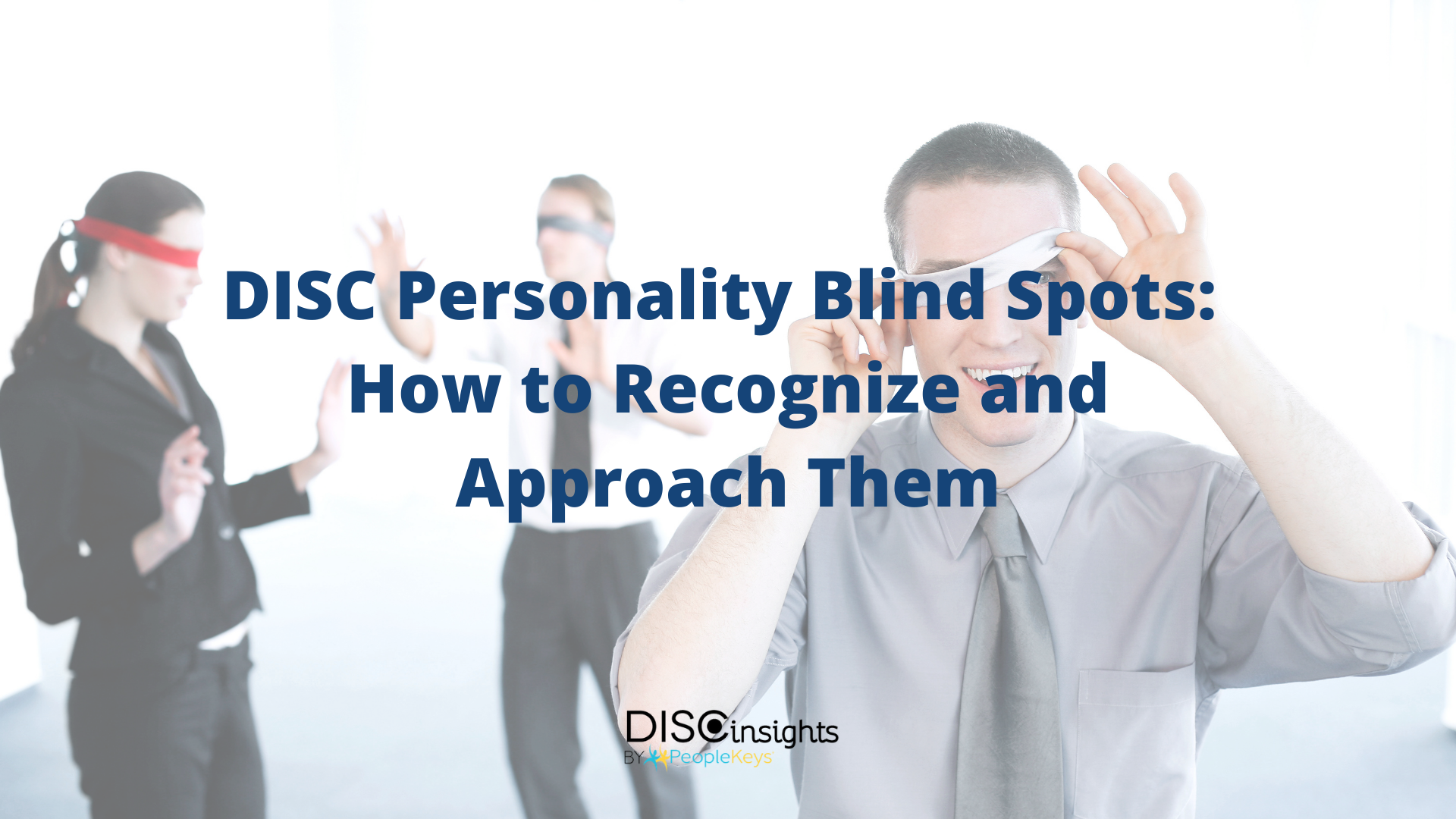 DISC Personality Blind Spots: How to Recognize and Approach Them

Blind spots. Usually, when you hear this term, it has to do with driving a car. You need to watch out for them, and if you don't, this could lead you to cause a severe amount of damage. The same can apply to you as a team leader.

For every DISC personality, there are communication pitfalls that can hinder the progression of a group. These are known as blind spots. Whether the group is in a workplace, ministry, or academic environment, you can significantly disrupt a workflow if you do not check your blind spots as a team leader.

DISC personality blind spots are a part of a trust model known as the Johari Window.

Each DISC type possesses a blind spot, and each DISC profile, if they recognize the blind spot, can find ways to change them.

Dominant Style: The "D" style can sometimes come off as too aggressive, intimidating other DISC personality types. This can happen if "D" types do not feel as though they are in control or perceive they have been taken advantage of. "Ds" have a high sense of ego and should be complimented on their positive personality characteristics and leadership skills.

Influential Style: "I" DISC personality styles tend to spend their time speaking. They may talk so much that other personality types may not have the opportunity to get a word in. When this happens, other styles may dismiss them all together and may be left to think that they are not being serious in a critical situation. When the "I" style does not feel their voice is being heard, they do not feel accepted. Thus, they may feel hurt from the lack of belonging. When this personality style voices their opinion, listen and make it known that you value their input.

Steady Style: One of the faults of the "S" style is that they can occasionally have a poor performance. "Ss" have the characteristic of being process-oriented workers, but they also tend to procrastinate or do the bare minimum. Another one of their blind spots is that they tend to dwell on mistakes instead of learning from them and moving on quickly. With the "S" personality type, assure them that you appreciate their relationship and guide them out of having a negative attitude.

Conscientious Style: One of the significant blind spots for the "C" style is that their approach is not well received. The "C" personality style can be perceived as cold. Poor communication in the workplace can lead to significant problems such as not having a clear objective and not trusting employees. With the "C" DISC style, they need to feel that the work they produce is appreciated. Another aspect to pay attention to with the "C" style is that they have a tendency to micromanage. This is due to the idea of "Cs" believing that others might not perform at a stronger level than them. As a team leader learn how to mitigate this issue by assuring them that others will get the job done at the best of their ability.

PeopleKeys understands that having a strong leader is imperative when building a strong team. Recognizing each blind spot will not only help you to approach a particular type of personality in the workplace, but it will also reassure an employee that you value them in the company. With DISC certification and knowing how to apply DISC behavioral analysis, you can become an expert on facilitating a team and helping them succeed.

Monica graduated from Humboldt State University with a B.A. in Journalism and fell into the marketing field soon after. There she fell in love with writing to rank. Through the years, Monica has gained an extensive amount of knowledge in search engine optimization. In her leisure time, she enjoys watching reality television with her cat. DISC Style: SI