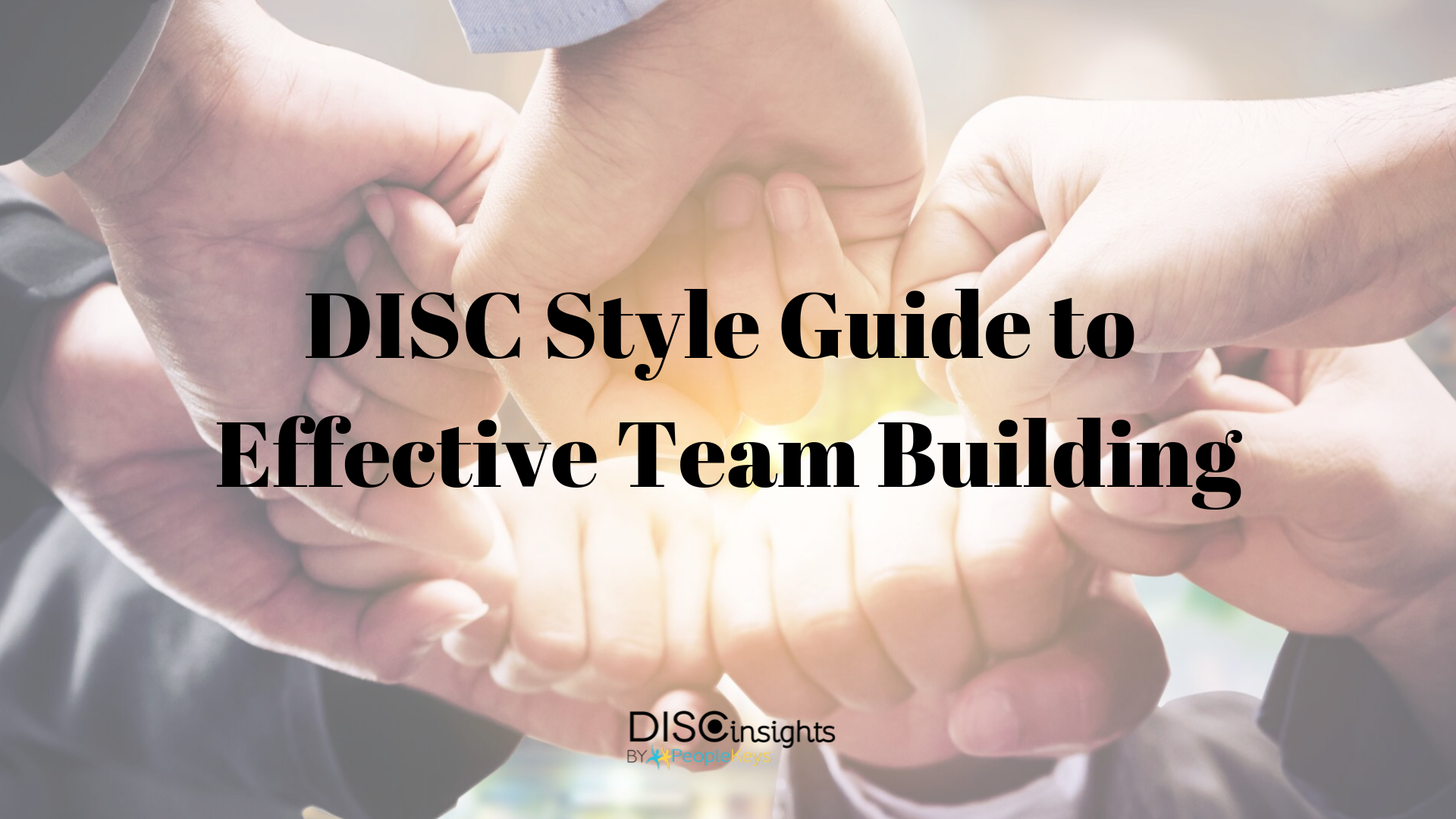 Determine roles within the team

Are each of your team members operating at their highest level of contribution? By making sure their tasks best fit their personality style and strengths, you’ll be able to increase the chances they are fully using their potential. For instance:

It’s also important to not necessarily tie promotions to traditional managerial roles, as it may encourage some personality styles to move toward an area where they are less productive simply for advancement. Here’s an example from Dan Miller, 48 Days to the Work You Love:

“Nathan was a charismatic young man fresh out of college and newly married, eager to go out and make a living for his new little family. After applying at one job after another, he finally accepted a position at a bank as a relationship banker. He quickly won the hearts of both his coworkers and clients as he got to know them all and brought some life and fun into an oftentimes somber workplace.

With his excellent leadership skills and quick thinking, within six months, he was promoted to a leadership program to get him on the fast track to management.

Coming back as a manager, he was now put in the role of managing…and firing…his peers.

He moved to a new town to open up the first branch in the area, and his days shifted from connecting with the clients to pushing his employees to meet the numbers.

Success was measured by quotas and financial statements, and he spent more time in a closed office dealing with conflicts and making sure the numbers lined up.

His people skills got him into a higher paying position…and directly moved him out of his strengths and into a role that sucked the life out of him. He was frustrated, isolated, and horribly demotivated.

What happened was he “rose to the level of his incompetence” – he was great with people in his first role, so he was promoted – and with each promotion, he was moved further from the people connection he thrived in – and thus, rose to a point where he was not living in his strengths and he got burned out.”

As a manager, armed with the DISC Personality Assessment, you can make sure that there are promotions and opportunities to grow and advance within each person’s level of competency and contribution.”

Decide what is best to delegate to others

As a manager, you need to delegate responsibility. The trick is to hold onto the tasks your personality style thrives in while delegating the tasks that don’t allow you to shine in your gifts.

Each team member can function in their daily tasks, but the team has to be able to come together and connect to build true momentum and cohesiveness. By understanding the personality styles of your team members, a team leader can determine the best way to do this for each team member:

Sheila Davis provides marketing support for authors, bloggers, podcasters, and entrepreneurs. Her work with 48 Days "To the Work You Love" and "Mama Says Namaste" has sparked an interest in personality styles and how understanding ourselves and those around us can help us create lives we love. Personality Style: SC