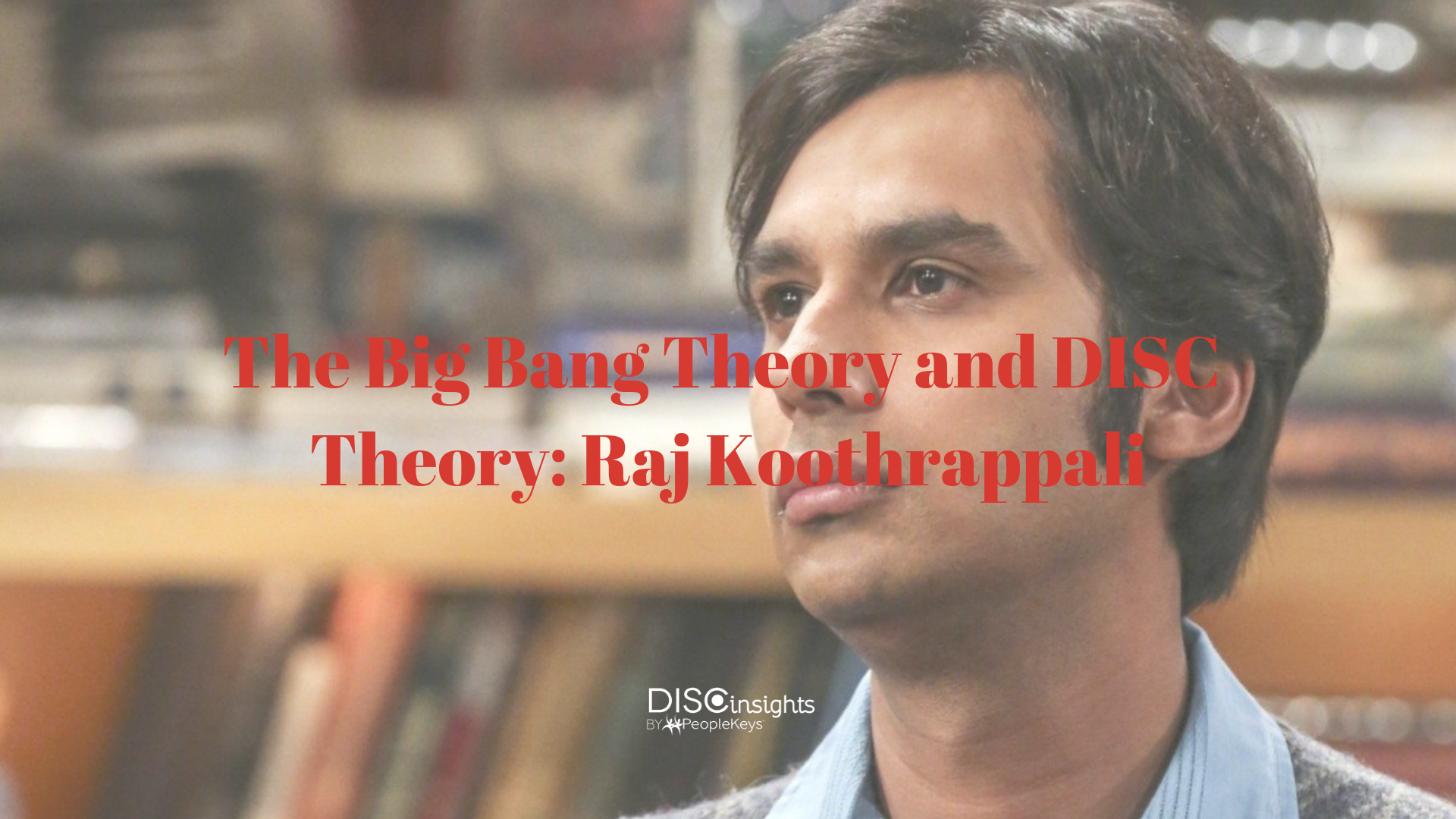 “Just think of me as a brown Martha Stewart.”

Sensitive, kind, and caring, Raj exhibits many of the classic characteristics of a type S personality. Like most S personality types, he is empathetic, patient, and a good listener. He’s not prone to outbursts of anger (like Sheldon) or sarcasm (like Howard). He has a good sense of humor, but it’s his loyalty and affection for his friends that most defines him.

Like most S personalities, Raj tends to avoid direct conflict and rarely puts his foot down or makes demands. Because Raj values the harmony of the group, he often chooses to put the needs of others over his own. He also dislikes change and keeps to a stable routine. He’s the only one in the group that hasn’t gone through any sort of meaningful change in his life since the start of the series. Howard trained to be an astronaut, Sheldon opened himself up to the possibility of a romantic relationship, Leonard took a summer job on a ship in the North Sea. Raj? Still the same.

Interestingly, the secondary trait that Raj exhibits is an I. At first glance, Raj doesn’t seem to have the outward characteristics of an I personality. He appears shy and reserved and is almost pathologically timid in unfamiliar social situations. But consider this: when Raj is in a place where he’s comfortable, he actually loves to talk. When he is in a group setting where he’s comfortable, he’s quite a chatterbox. 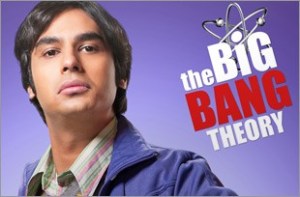 The I in Raj also makes him drawn to big social events. He’s always game to go out on the town and is often the one pushing for everyone to leave the apartment and go out for the night. He loves parties, too, many of which he plans himself. Raj puts a lot of time and energy into organizing fun group activities for his friends (like scavenger hunts) and likes to throw big parties where friends and acquaintances are all invited.

One of the saddest things about Raj is that although his secondary I behavioral trait makes him love groups of people and talking to strangers, his fear of rejection (typical of an I) makes him completely unable to follow through with any interactions outside the safe boundaries of his immediate social group. It’s this fear that is the cause of his “selective mutism,” which prevents him from talking to women unless under the influence of alcohol. His inability to speak in stressful situations causes him a good deal of misery. Can you imagine being desperate to talk to someone but physically unable to do it?

A lot of the unhappiness Raj feels comes from feeling left out. He isn’t coupled up like everyone else, and he clearly hates being the odd man out. Finally breaking through his mutism, though, he’s happier and more gregarious. In fact, you can barely shut him up!