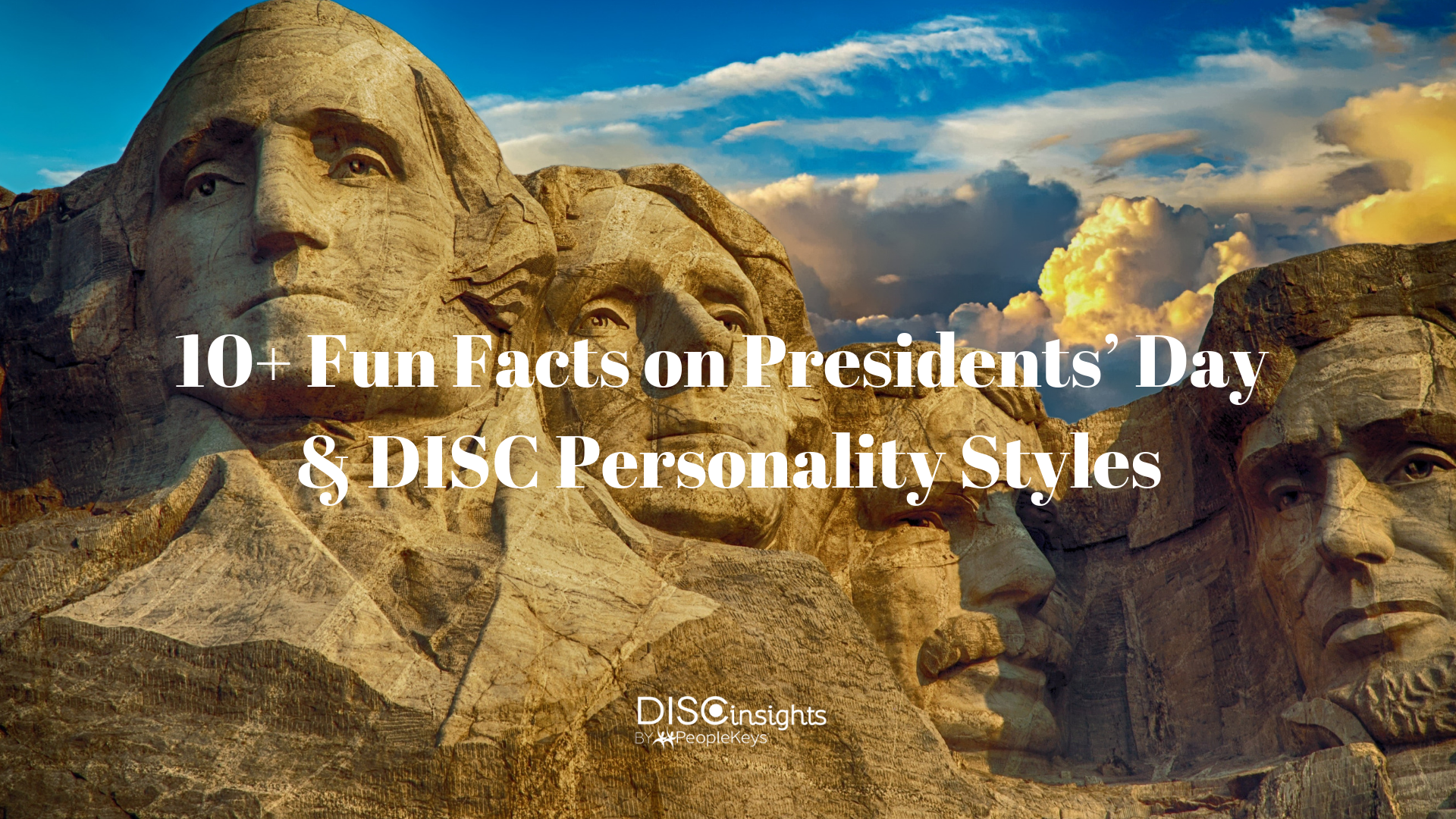 This year on Presidents' Day, we are taking a little different twist and looking at some little-known facts about our past Presidents. These points are being written with a sense of humor to get you thinking about personality and our past leaders in a different point of view.

Before you dig into our Presidents' little-known facts, you may want to discover and compare your own Personality Style with our Personality Snapshot app in the palm of your hand. You can find it on iTunes and GooglePlay - take a free personality test and share the results with your friends. Do not forget you can also get great discount coupons in the Promotion section. We would be happy to hear what you think or leave us a comment below with any other strange little-known facts you may know. You may already be familiar with the biography of these Presidents and what they were famous for, but I bet you didn't know* that:

Abraham Lincoln (16th President) - Apparently, Abe had some "D" in his personality. When he was a clerk in New Salem, IL he ran into the local bully outside of Denton Offutt's store where he was employed. The bully threatened Lincoln, so Abe challenged him to a wrestling match, right then and there, and Lincoln won! We have to believe he was the victor since "honest Abe" would never have lied about it.

Ulysses S. Grant (18th President) was also a "D" Personality Style. He once got a speeding ticket for riding his horse too fast down Washington Street and was fined $20. In typical "D" style he said, "The rules should not apply!" and he was in a hurry to get where he was going. He still had to pay the fine!

Chester Arthur (21st President) was an "I" Personality Style. He was known for being a sharp dresser and a socializer. He owned over 80 pairs of pants (a lot for anyone, but especially in 1881) and would dress up sharply and walk around Washington until he ran into friends. He would often stroll and walk until 3 or 4 in the morning if someone was willing to talk!

Warren G. Harding (our 29th President) was also an "I" Personality. He loved to get together with friends and play cards, but wasn't very good about maintaining a "poker face." Apparently, you could read his expressions and emotions very well (an "I" is very expressive), and because of this, he once lost a hand where he had bet all of the White House China.

Martin Van Buren (8th President) was an "S" Personality Style. He was so agreeable; it was said he popularized the term "OK" or "Okay" which we commonly use today. He even formed support groups to help other people, and they were referred to as "O.K. Clubs." He wanted to let people of all upbringings know they were "all right" by him.

Dwight Eisenhower (our 34th President) had a lot of "S" in his personality, despite being a General. In 1952, Eisenhower was elected with the expectation he would win the war in Korea. After the election, Ike went to Korea, measured the situation firsthand, and concluded the war was unwinnable. Without hesitation, he negotiated an armistice. After Eisenhower made peace in Korea, not one American serviceman was killed in combat during the following eight years.

Thomas Jefferson and James Madison (3rd and 4th Presidents) both had a lot of "C" in their personalities and played significant roles in the writing of the Constitution of the United States. Thomas Jefferson was so pro-education that he also founded the University of Virginia. James Madison was Princeton's first grad student!

Millard Fillmore (13th President) married his school teacher. When he was 19 years old, his teacher Abigail (only two years older) became his sweetheart and eventually his first wife. So did that make him a "C" Personality Style and he couldn't get enough learning or was she really just that beautiful?

How many of these facts did you know? Better yet, did you recognize all the names of the Presidents listed here?

One last fact: President Washington's teeth were not really made of wood. His dentures were a combination of gold, ivory, lead and animal teeth!

*Based on Huffington Post article on the Presidents and their odd attributes.