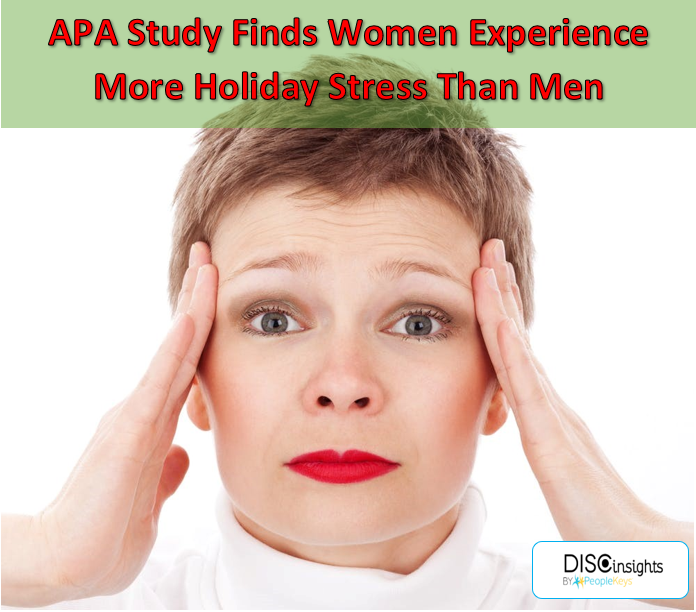 The American Psychological Association ran a study designed to explore the effects of stress during the holidays and found that women experienced a much more dramatic spike in stress levels over Thanksgiving, Hanukkah, and Christmas than men.

For any woman that has had to juggle holiday gift shopping, meal planning, decorating, hostessing duties, and coordinate a slew of end-of-the year holiday activities, the APA’s findings come as no surprise. The holidays, though at their core are a time for family and togetherness, are also surrounded by a mad dash to get a host of chores done that typically aren’t a part of day-to-day normal life. (Thanksgiving hasn’t even happened yet, and I’m already so exhausted that I accidentally poured dog kibble in my daughter’s bowl this morning instead of cereal.)

In response to rising levels of holiday stress, magazines like Woman’s Day have published “quick fix” suggestions to help women cope with holiday stress. Their suggestions include sending e-cards instead of paper cards, stopping by the perfume counter while shopping to get a fragrance “mood boost,” and abandoning elaborate family traditions in favor of something more simple (like making pancakes for Christmas Eve, instead of an elaborate spread of appetizers). The Mayo Clinic also recently published holiday stress-relieving tips, which include deep-breathing exercises, making holiday budgets, and planning ahead.

These are fine as quick fixes, but why put a bandage on the problem when you can attack it at the source?

At PeopleKeys, we think we can do better than asking women to head to the perfume counter to relieve stress. For women that are feeling more stressed out than normal over the holiday, we offer an online Managing Stress course that can help women take control of their stress levels. We want anyone stressed out by the holidays to find the root of their problem and to learn coping strategies that will last through the holidays and beyond. The goal of Managing Stress is to help women understand the factors that cause stress and learn to avoid triggers that cause pressure and anxiety to become overwhelming.

Our Managing Stress course also provides communication tools that can help create smoother family dynamics over the holidays. The class helps participants reduce conflict, understand the actions and motivations of others, recognize physical symptoms of stress, and incorporate strategies for stress relief based on their unique personality styles.

Before the holidays are in full swing, take time to take care of yourself. Check out our next blog about Stress during the Holiday Season!