How to recognize DISC styles according to their goals

It has become somewhat of a tradition for people all around the world to make New Year’s resolutions or use the beginning of the year in order to motivate and challenge themselves for the months to come. Research shows that about 45% of the US population make at least one resolution, but sadly only 4% are still committed to their resolution by the end of the year. Setting goals is a positive approach to growth, so it is a good thing to set a lot of big and crazy goals, as well as some smaller and easier ones to accomplish. It’s really interesting to examine how people with different DISC personality types arrange their list of goals and how to recognize their personalities based on their aspirations.

If your dreams don't scare you, they aren’t big enough

If you have a friend who, as a rule, doesn’t think twice before they jump to their next adventure, then they are probably a "D" personality style. Their list is filled with big and crazy goals that they will want to be achieved by yesterday! Their goals are typically all over the place, overstepping any rules or authority. "D" types often aspire to much-needed freedom from routine and mundane tasks. They don’t need anyone to push them out the door; they can do the job themselves when they find the right motivation. They are go-getters, and even if they are more "big picture" without a detailed plan, they will get any job done. The year is only 365 days long, so they don’t want to waste a second. As long as their list is filled with changing environments, exciting adventures, and challenging, high-end goals, they will feel satisfied.

If you have friends or colleagues who often tend to make lists full of enthusiastic and optimistic goals, you can bet that they are "I" personality types. They want to be surrounded by people, and they include their friends and close ones in their goals lists too. Individuals with the "I" personality type enjoy freedom from rules and regulations and need to have flexibility in their plans. They are generally very impulsive and emotional, so they might change their goals quite often throughout the year. However, that’s perfectly okay, as long as they find something that works for them and makes them happy in the end.

If it ain't broke, don't fix it

The people who usually stick to traditions and built-in routines with their goals are those with an "S" personality style. They dislike sudden changes in procedure or lifestyle and seek safety and security. They are steady and predictable, and firmly believe that if something isn’t broken, they don’t need to fix it. They dislike change or a loss of their security and dependability. Individuals such as these usually set small goals that are needed but easy to accomplish. They are not the type of people who are going to write down an impulsive goal that they aren’t sure they can start and finish properly. They would follow and help a friend reach their goals, and they would enjoy making some joint resolutions with a group of people.

If their goals are based on facts and precision, you’re dealing with a "C" personality style. They are careful not to make any mistakes, keeping it real and conscientious throughout. They might be held down by their love of following procedures and methods, overthinking the details instead of just following their emotions. The "C" style often fills their list with goals they can accomplish just themselves, without being dependent on other, constantly changing people. They are the type of individuals who believe that if they want the job done correctly, they should do it themselves. If their resolution list is being examined, there would be a lot of perfectly organized information and ideas.

No matter what kind of personality style a person is, everyone will approach their goals in a different way. The best way to achieve your goals is to be behaviorally aware, understand your personality strengths, and utilize them while working on overcoming certain limitations. Take your DISC Personality Profile to get started. 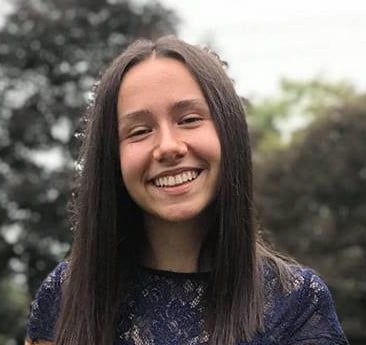 Eli represents Generation Z (that we will be talking a lot about in the future) and while still in high school, she splits her time between versatile activities she enjoys - from math, engineering and reading books to basketball and long-distance running. Personality Style: C