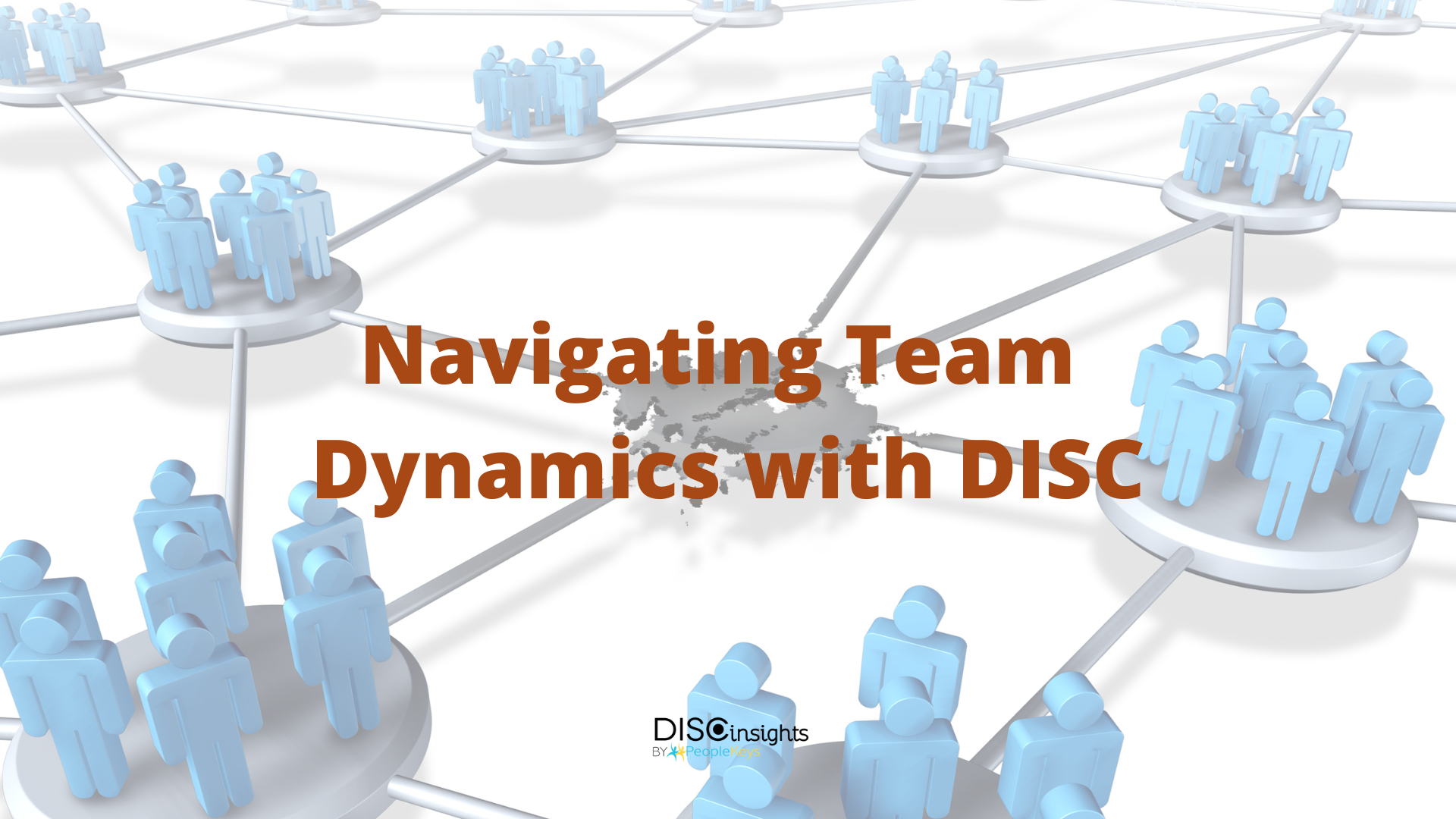 Let’s take a different approach to team building and assume we already have a small team of well-trained and performing folks. One team member has recently begun feeling a bit left out, frustrated and is looking to fix the situation. Upon hiring, all team members completed a DISC behavioral assessment, and here are the graphs from their reports:

Carl: IC Style (Assessor) Known best for motivating, is people-oriented, influential, creative, a communicator, offers opinions, and has a good sense of humor.

Trina: DIC Style (Chancellor) Known to be direct, task-oriented, willing to speak out, sees the big picture, goal-oriented, welcomes challenges, and is self-reliant.

Now that we understand the team dynamics, here’s the challenge:

Trina has recently been expressing frustrations to Sara over what she feels is a lack of team engagement from Bob as a leader. She often notes that while she believes Bob is knowledgeable about the team processes and tasks, she would prefer to have more of an opportunity to provide input before final decisions are made. She also feels Carl is always interrupting and talking over everyone during team meetings, and it’s hard to get a word in sometimes. She enjoys the job and working with everyone on projects; however, her frustrations continue to build.

Sara acknowledges Trina’s frustrations, and asks if she can provide some feedback for her consideration. Trina accepts. Sara begins by reminding her that while Bob has a very passive, task-oriented leadership style, he is extremely easy to talk to. Additionally, she jokingly adds that Carl is a force to be reckoned with sometimes. Still, because he often gets so excited about new ideas and opportunities, he makes a great motivator when the team needs that extra push to make a deadline. Trina agrees Carl is a great motivator and adds that she appreciates his sense of humor and willingness to always help other teammates.

Sara then begins encouraging Trina to consider asking Bob for some time to sit and talk about her frustrations, and let Bob know she would like more opportunities to participate in team discussions to learn and better understand the team goals.

Sara encourages Trina to consider her leadership style and how it differs from Bob’s before meeting with him one-on-one. If Trina is to effectively connect with Bob, she will need to be able to provide specific examples to illustrate the behaviors causing her frustration.

Trina appreciates Sara’s feedback and decides to send Bob an e-mail requesting some time to go over some challenges she faces in the office. Bob promptly responds to her e-mail, and they confirm a time later that afternoon. She prepares some notes on specific instances for reference and makes a mental note to try to remain friendly and calm so not to get overly aggressive in her tone or demeanor. After all, Bob probably has no clue Trina is upset over something he may have unintentionally done.

Trina arrives in the meeting room; Bob greets her and thanks her for reaching out to him to let him know she was frustrated. He then takes the opportunity to verbally thank her for her participation in last month’s project. He notes that he appreciates her ability to keep the team focused and on track. Trina accepts the compliment and is immediately put at ease; noting Bob had noticed her commitment to getting the project done on time.

Bob then opens the conversation by stating he is always willing to listen and help the team overcome challenges, and asks her about what she has been experiencing.

Trina shares about the few meetings during last month’s project she feels didn’t end well, as she wasn’t able to articulate a few of her ideas and concerns due to Carl’s abrupt interruptions and dominating the conversations. She recounts the specific meeting topic and behavior she noticed.

Bob thanks her for being open about her frustrations and lets her know he will most certainly be more in tune and able to more effectively moderate future meetings as he hadn’t picked up on her frustrations last month. He notes that he is aware Carl can be a bit overwhelming at times, and he attributes it to his naturally boisterous and communicative behavioral style in line with his DISC report. Bob asks Trina if she has ever had a conversation with Carl about her frustrations? Trina replies she would be open to talking with him as well.

Bob continues that he appreciates each team member’s personality differences because he sees the strengths each person brings and how they complement one another. He mentions to Trina that he believes Carl is a great team motivator, and he appreciates his flexibility and energy when things get a bit challenging. He also notes that Sara is extremely good at planning and organizing, and he often asks her for ‘sanity checks.’ Lastly, Bob reiterates his appreciation for Trina’s ability to keep the team oriented towards the company goals and on task.

Trina is surprised to learn that Bob understands each team member’s strengths so well, to include her own. She thanks Bob for his time, for listening to her frustrations, and helping guide her towards an amenable solution. Bob thanks Trina for taking the time to explain her frustrations and reassures her he always is open to her ideas and input, especially when the team meets tough challenges.

Trina leaves the meeting with a greater appreciation for Bob as a leader and her teammates. Bob is passive, but observant enough to notice individual performance, Sara is an exceptional advisor and listener, and Carl is a fantastic motivator and team player. She is reminded of why she enjoys her job and working with her teammates every day.

DISC is a great team-building tool to get to know team members for the first time. Still, it is an exceptional communication, and conflict management and resolution tool when the team needs a bit of redirection when things get a little stressful and challenging… and they will!

Lindy is a retired Air Force veteran, Certified Behavioral Life Coach, and DISC Consultant and entrepreneur who enjoys learning and sharing knowledge. When she's not sitting on the soccer field sidelines or putting out teenage fires, she fills her cup through speaking, writing, coaching small business owners and entrepreneurs, and performing a little social media sourcery. Personality Style: S-I