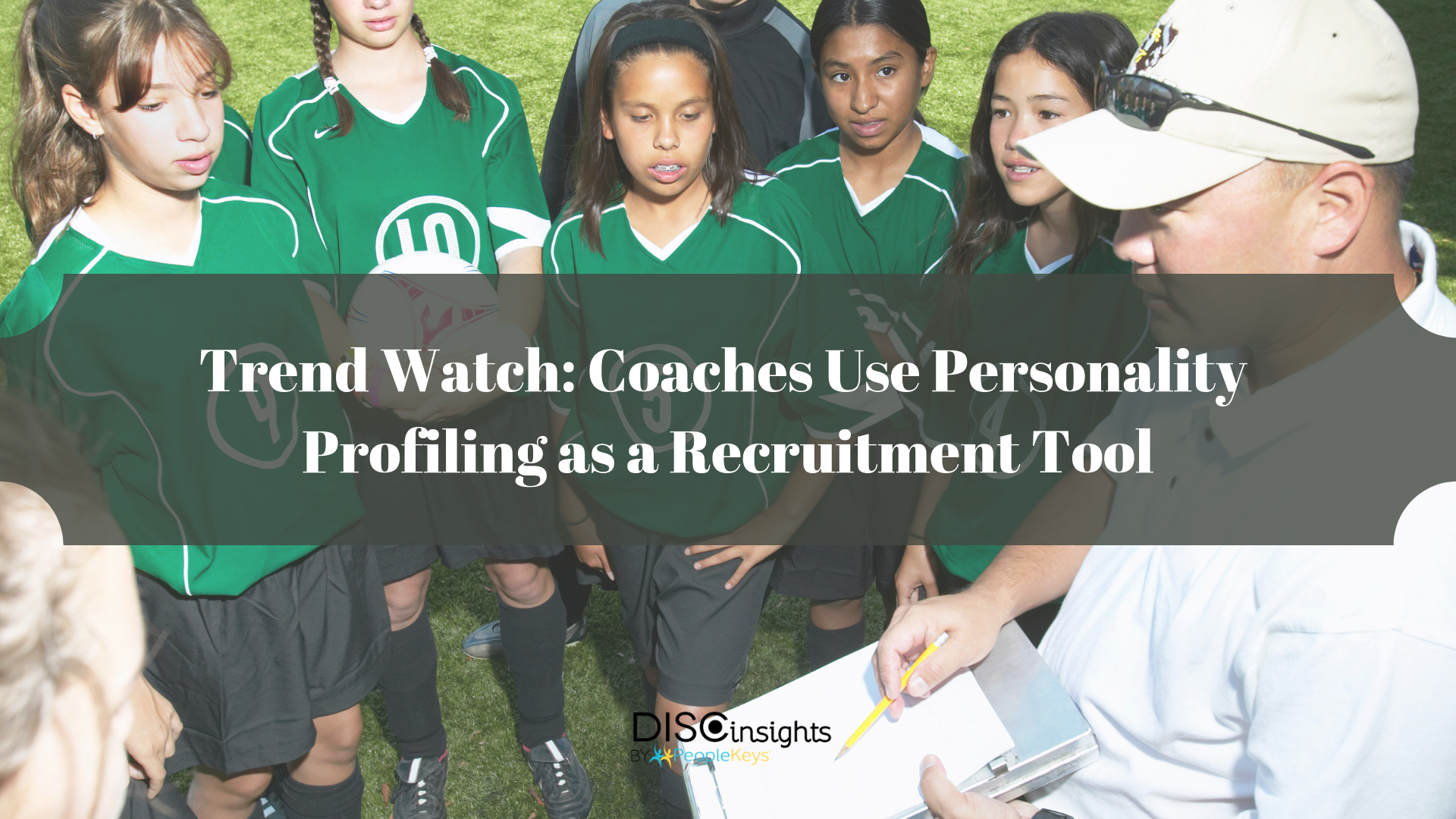 Trend Watch: Coaches Use Personality Profiling as a Recruitment Tool

Trend Watch: Coaches Use Personality Profiling as a Recruitment Tool

When it comes to athletics, what makes a strong team? Of course, talent is the key to any winning team. But if a group of talented players can’t work together harmoniously, how can they be successful? The best teams have balance: a strong leader, supporting players with clearly defined roles and responsibilities, motivation, and cohesiveness. Most of all, a strong team needs to be able to communicate with each other without jealousy, animosity, or resentment. If a coach can bring out all of these elements in his players, that team will be a force to be reckoned with.

How, though, can a coach take a group of talented individuals and find a way to make them work as a cohesive team? How can a coach know what new recruits will enhance the team dynamic, and which will upset the balance within the team?

A recent article posted on Yahoo! Sports identifies a technique that is being successfully used by a growing number of coaches and recruiters at the college level to evaluate the strengths and weaknesses of potential team members: personality profiling.

With increasing frequency, college coaches have been asking prospective recruits to take a personality test before making them an offer. This is a practice that has been in use at the pro level for years; Both the NBA and the NFL currently use personality tests to identify the best draft picks and to assess the temperament and behavior of current players.

The article on Yahoo! Sports specifically mentions DISC as one of the methods that is most commonly used in athletic programs for player evaluations. This makes sense. DISC tests have been used in the business arena for decades, and are frequently used by Fortune 500 companies to assess job candidates and build strong corporate teams. Using DISC as a college recruitment and team-building tool for athletic programs is a natural extension of the scope of DISC. When athletic programs know what traits they’re looking for in team members, a DISC test can instantly benchmark potential recruits against those standards, and provide insight into the unique dynamic that player would bring to the team. 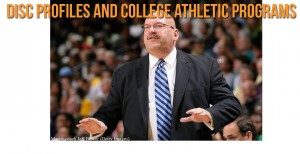 DISC has long been proven a powerful personality assessment tool. It is simple, straightforward, and provides more relevant team-building data than any other methods, including Myers-Briggs. When used as a recruiting aid in college sports programs, there are huge benefits both to the individual player and the coach.

For the player, the results of a DISC test can often be very eye-opening. It promotes self-awareness. DISC tests ask the athlete think about who they are, and the resulting DISC report gives them the perspective they need to be able to work well with teammates, to communicate effectively with the other personalities on the team, and to stay motivated. It also empowers student athletes to find the athletic program that is the right fit for their distinctive personality and temperament. What kind of environment will work best for them? Will they thrive in a program with an emphasis on technical skill and structure? One focused on teamwork and camaraderie? A highly competitive team? DISC can help identify the environments that are the best fit, giving them the information they need in order to make a difficult choice between programs.

For coaches at the college level, the results of the DISC test are also extremely helpful. There is a large pool of talent for coaches and recruiters to choose from, and on-the-court or on-the-field performance is often not the best indicator of how well that individual will integrate into an existing team. DISC personality tests let coaches know which recruits are most likely to handle stress well, and which don’t work well with others. DISC tests will gives also give coaches the insights they need to be able to match their coaching and motivational style to the personality of the player. For example, there are some personality types that respond very well to direct criticism (D type), but others (C type) who are already so self-critical that they actually lose motivation under harsh criticism. DISC explains it all.

Even in the early stages of the courtship process between college coach and potential recruit, a DISC personality test can give the coach a huge advantage over other schools that may also be wooing the student. The personality test allows the coach to create a recruiting pitch tailor-made to resonate with the player’s personality style: family-oriented, competitive, outgoing, or introverted.

Personality profiles aren’t just a tool for new recruits, either. DISC personality profiles would be ideal for existing team members as well. DISC can help coaches and players understand the current team dynamics, and learn strategies for improving communication, respect, and trust. This could greatly help turn around underperforming teams, or teams that are plagued by interpersonal conflict.

In the end, balance in any team (athletic or otherwise) is crucial. Kobe Bryant is an amazing player, but can you imagine having five Kobe Bryants on the court at once? (Would anyone ever pass?) A cooperative, communicative team is not something that happens by accident. It must be cultivated. More and more, it’s looking like DISC is the way of the future for college recruiters and coaches.