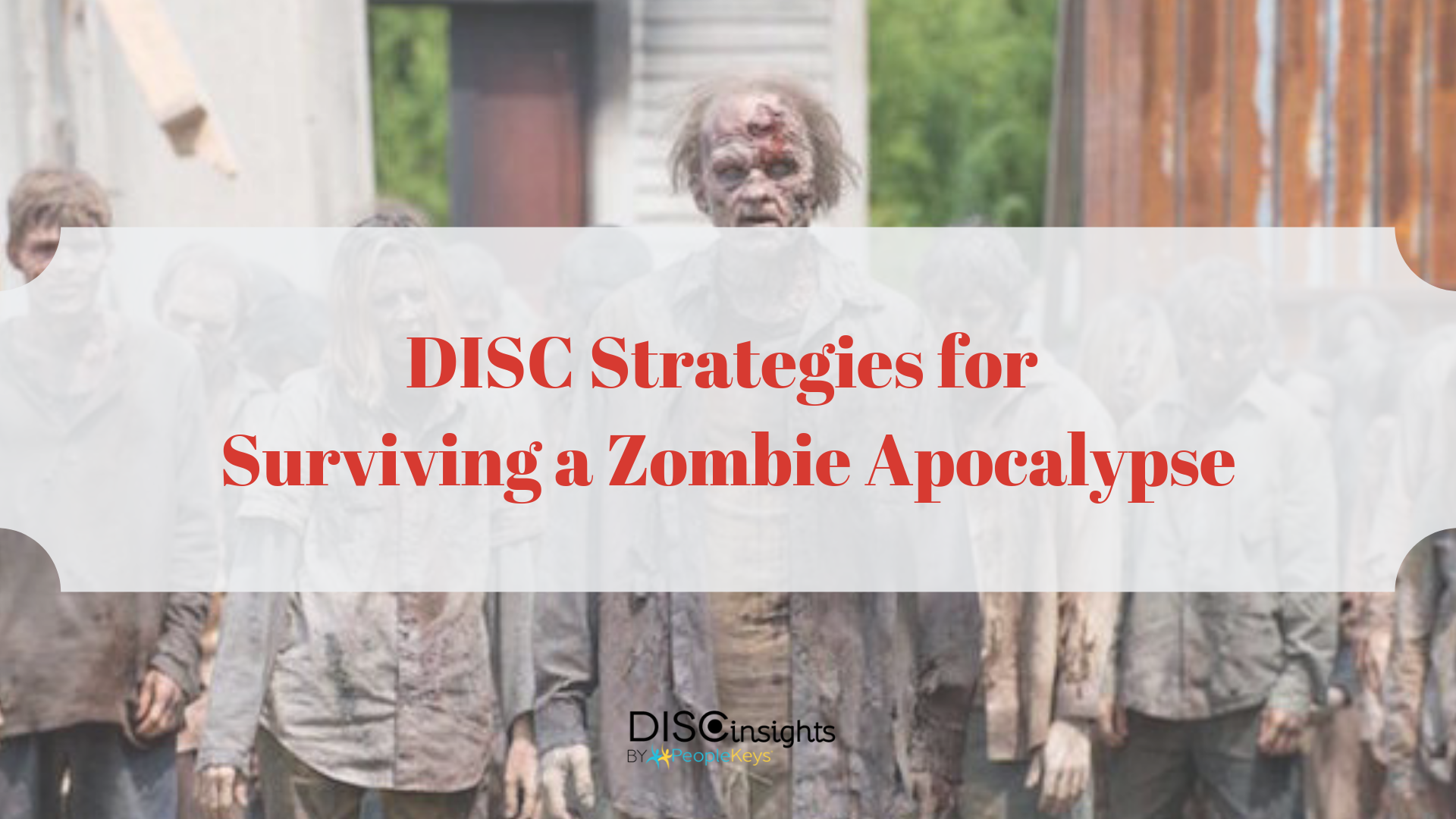 The Zombies are coming! What does your DISC personality say about your chances of surviving the zombie apocalypse?

Invading the streets, shuffling around, pretending to be hungry for brains. (“Braaaaiins!”) Most people really get into it, too, staying fully in character as a zombie for hours at a time. We’re not the only ones, either. Zombie walks have popped up all across the country. At its Zombie Pub Crawl in 2014, Minneapolis made it into the Guinness Book of World Records for gathering the most "zombies" together in one place: more than 15,000!

Sure, role-playing is fun. But what if you were facing the real thing? If 15,000 zombies invaded your town, what would be your plan for survival? Chances are your DISC personality type says a lot about your chances of making it out of the zombie apocalypse alive. 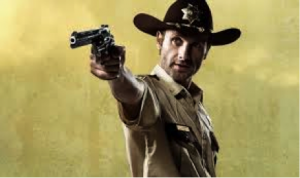 Let’s face it, in the event of a zombie outbreak, people are going to need a leader - someone to take charge, make tough decisions, and be responsible for the safety and well-being of the group - someone like Rick from The Walking Dead (on the picture). A person with a "D" personality type is the most likely to step up and fill that role. People with a "D" personality type aren’t content taking orders. They’d rather be the ones giving the commands, dictating responsibilities, and making sure that everyone in the group is pulling their weight in the fight for survival.

More than one leader will cause confusion and a division of loyalty so there can only be one "D" personality in the group. (See the untimely demise of Shane from The Walking Dead.) As long as there is one strong leader, the rest of the group has a better chance of pulling together toward a common goal and ultimately surviving.

One of the best advantages of having a "D" personality as a leader is their ability to make quick decisions in a crisis. That’s a talent that comes in really handy when the zombie hoards attack. 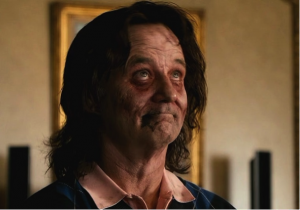 "I" personalities are charming and outgoing. Every group of zombie apocalypse survivors needs an "I" personality in their ranks to help keep spirits high, such as Bill Murray in Zombieland. Always ready with a joke to lessen the tension or a story to keep people connected and engaged, the "I" personality is the person that makes life in a depressing post-apocalyptic situation less…depressing. They might not have the best survival skills, but their ability to keep their sense of humor in even the most horrific circumstances definitely makes them one of the most loved members of the group. Good thing, too, because in the mind of an "I" personality, the only thing scarier than a zombie outbreak is the thought of having to survive a zombie outbreak alone. 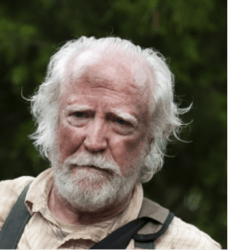 In a zombie apocalypse, people will need to form groups and work together in order to survive. The inevitable consequence of throwing groups of dissimilar personalities together in extreme circumstances is that there’s going to be conflict. People with an "S" personality like Hershel in The Walking Dead, are absolutely essential since their natural inclination is to mediate and keep the peace. Without an "S" personality in the mix, the group would be at each other’s throats.

Another great trait that would make an "S" personality handy in a zombie attack is their desire to maintain the status quo. This would ensure that no matter how horrible things got, they would be able to inject a bit of welcomed normalcy and routine into daily life. They are also unfailingly loyal, which would make them the least likely to steal your supplies in the middle of the night. 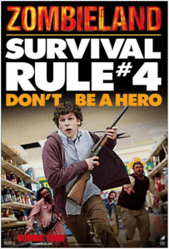 Rule #2: Never turn your back on a zombie.

Rule #3: Never hide in the basement.

Who can you count on to know all the rules for zombie survival? Someone with a "C" personality - someone like Columbus in Zombieland.

People with a "C" personality are organized, careful, and logical. In all likelihood, they mentally planned for the zombie apocalypse long before it ever happened. They’ve calculated exactly what tools to grab, where the best hiding spots are, how much food and water everyone needs, and the best strategies to most efficiently dispose of the pesky walking dead.

This is the kind of person you definitely want on your side in a zombie attack. They’re the most likely to have read The Zombie Survival Guide cover to cover and have compiled a thorough list of rules for survival. They would also be great at being in charge of stockpiling food, organizing resources, and rationing ammo. A thinker and a planner, the "C" personality provides an important counterpoint to the impulsiveness of the "D" and "I" personalities in the group.

What do you think? If there was a zombie attack, what would you do first? Who would you want by your side? (Me? I’d take Ben from the original Night of the Living Dead. That guy was one cool customer.)