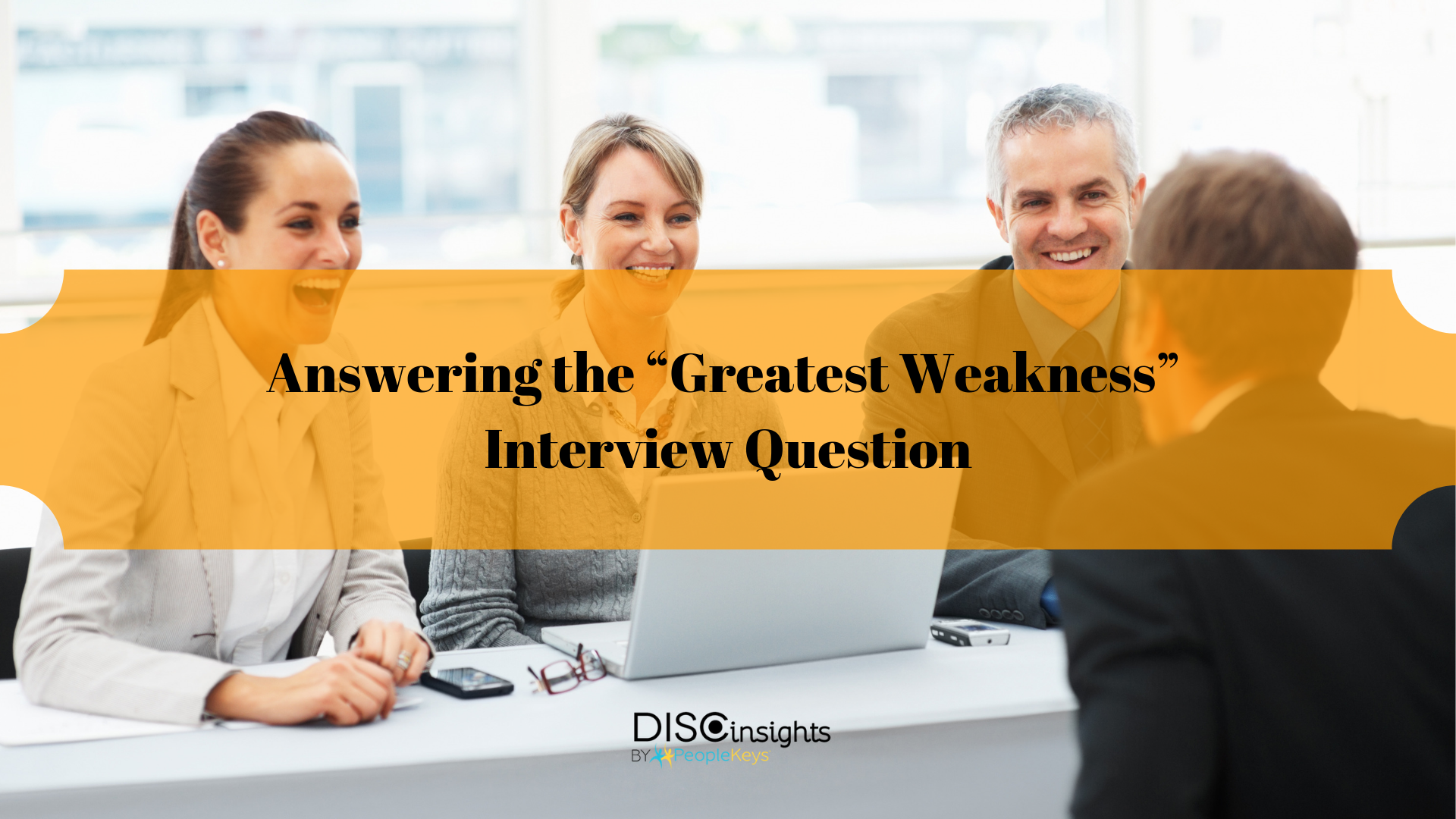 It’s hard to believe that in the past 50 years, we have progressed from stationary rotary phones to mobile wrist watch phones, but the “Greatest Weakness” question interviewers ask candidates hasn’t changed. Although, some HR practitioners believe the question should be stricken entirely, it actually has a purpose and there may be better ways to ask and answer it. Let’s explore.

The question has become so overly used that cliché responses are almost expected, “I’m too much of a perfectionist”, or “I don’t sleep enough at night because I work around the clock.” Yes, candidates dodge the bullet, but may leave the interviewer thinking the candidate is a programmed drone or just easily forgettable.

When you boil it down, what interviewers really seek when asking this question is to get a clearer picture of personal traits such as:

The interviewer should keep the five points handy during the interview and check off whether the candidate has effectively satisfied each trait in their answer.

Here are other ways to ask the question, which may yield different results:

For the candidate, the question is an opportunity to showcase a succinct and graceful execution of the dreaded “weakness” question. It should be seen as a positive challenge and chance to really nail a predictable question.

The greatest weakness question is an opportunity for you to craft a behavioral story which illustrates the five points above, but when crafting, keep this in mind:

Read more on our blog about how to answer other tough interview questions, such as How to showcase your strengths.