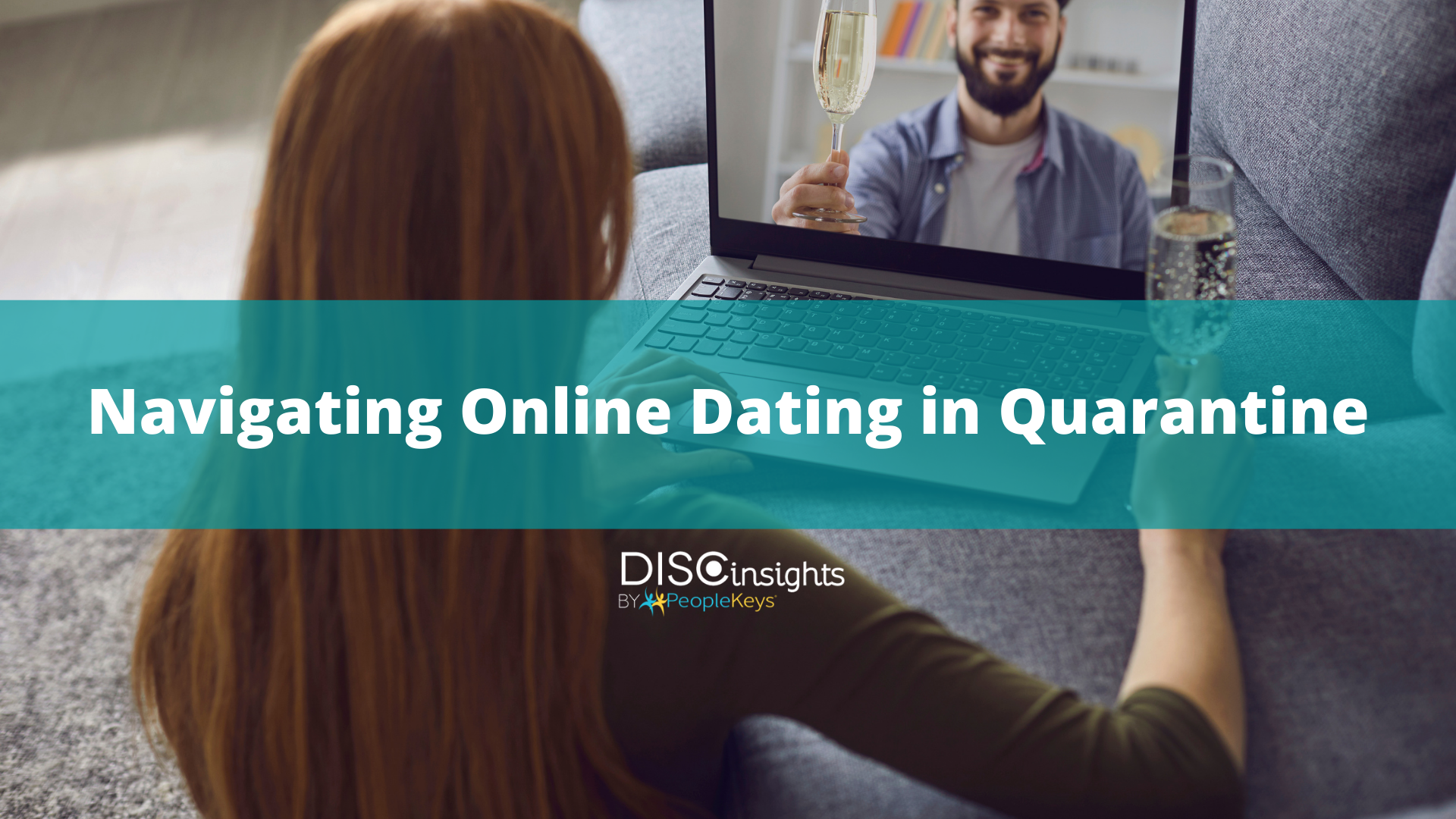 It was once said that “love is a battlefield.” However, dating in quarantine seems as though people with different DISC personalities have finally laid down their swords to reveal their true intentions and vulnerability.

Online dating was once a place where actions like ghosting occurred almost incessantly but have since decreased exponentially. In a survey conducted by Singles in America that included 5,000 people, 58% stated that their dating style shifted to being intentional. Intentional dating involves dating with a purpose and a plan.

The survey also reported that 63% of people are taking more time in getting to know a person.

How can you put yourself back in the game in a time where there is a lack of physical contact?

Let’s explore some key points to keep in mind when dating in quarantine.

When speaking to various personality types, it can be easy to gravitate towards one individual who stands out from the rest. If you have not formed a connection with other people you have been speaking to, as uncomfortable as it might be, you need to be honest about how you feel towards them. If your DISC assessment classifies you as an "S" personality type, you may have difficulty being open. "S" DISC personality styles do not favor change and are known for sometimes being too nice. Honesty may hurt a person’s feelings now, but you could be eliminating the opportunity for the other person to find their true connection by not being open and up-front when you know they aren't a great match for you. On the other side of the spectrum if your DISC assessment classifies you as a "D" you may be too honest to a fault. Individuals whose DISC personality profiles tend to show dominance in a conversation, be direct, and at times miss the mark on making people's feelings a priority. As difficult as it may be, there are ways to lessen the blow when turning prospective dates down. Emotionally intelligent people will have the compassion to do so with respect and kindness. Ways you can tell a person that you do not desire to move forward in a romantic relationship with them are:

Although it has been a customary practice in quarantine to dress in sweats or leggings, you should reach for less casual attire (at least from the waist up) when meeting someone virtually for the first time. A study reported by the New York Post stated that a person only has 27 seconds to make a first impression. In that study, 42% of people said that being “well dressed” was a factor in having a great first impression. The research stated that other leading factors going into a great first impression include eye contact, smiling, and politeness. Regardless of your DISC personality style, you should dress in a manner that is both flattering yet comfortable. Putting on a nice button-down shirt or blouse and styling your hair will not only show the other person you have made an effort, but it will also boost your confidence levels. If you're an "I" style, don't be afraid to wear a fun shirt or tie, as it can be a great conversation piece. Opposite of the influential "I" styles, the "C" styles, with their conscientiousness trait, might shy away from the camera and not dress for attention, but can express their personalities through a favorite statement piece.  Even if you are speaking through a computer screen, you should still treat the date as if you were in front of each other, meeting face-to-face for the first time. Complimenting the person on the other end of the camera can go a long way, especially if you notice they took the time to make a great first appearance.

Make the Most out of Your Virtual Date

Multiple personality types in quarantine have found many ways to be creative when dating online. People have partaken in activities such as watching a film together, cooking the same recipe to share a virtual meal, and playing video games. Since intentional dating has increased with singles online, spending time to get to know each other is vital. Dating, pandemic or not, can be intimidating. PeopleKeys provides you the tools you need to feel comfortable and confident. Taking a PeopleKeys DISC assessment together will give you another way to explore each other's personalities and preferences, and identify your strengths and blind spots so you can communicate better with potential partners.

Read more on our blog about DISC Dating Tips and how to let your personality shine.

Monica graduated from Humboldt State University with a B.A. in Journalism and fell into the marketing field soon after. There she fell in love with writing to rank. Through the years, Monica has gained an extensive amount of knowledge in search engine optimization. In her leisure time, she enjoys watching reality television with her cat. DISC Style: SI