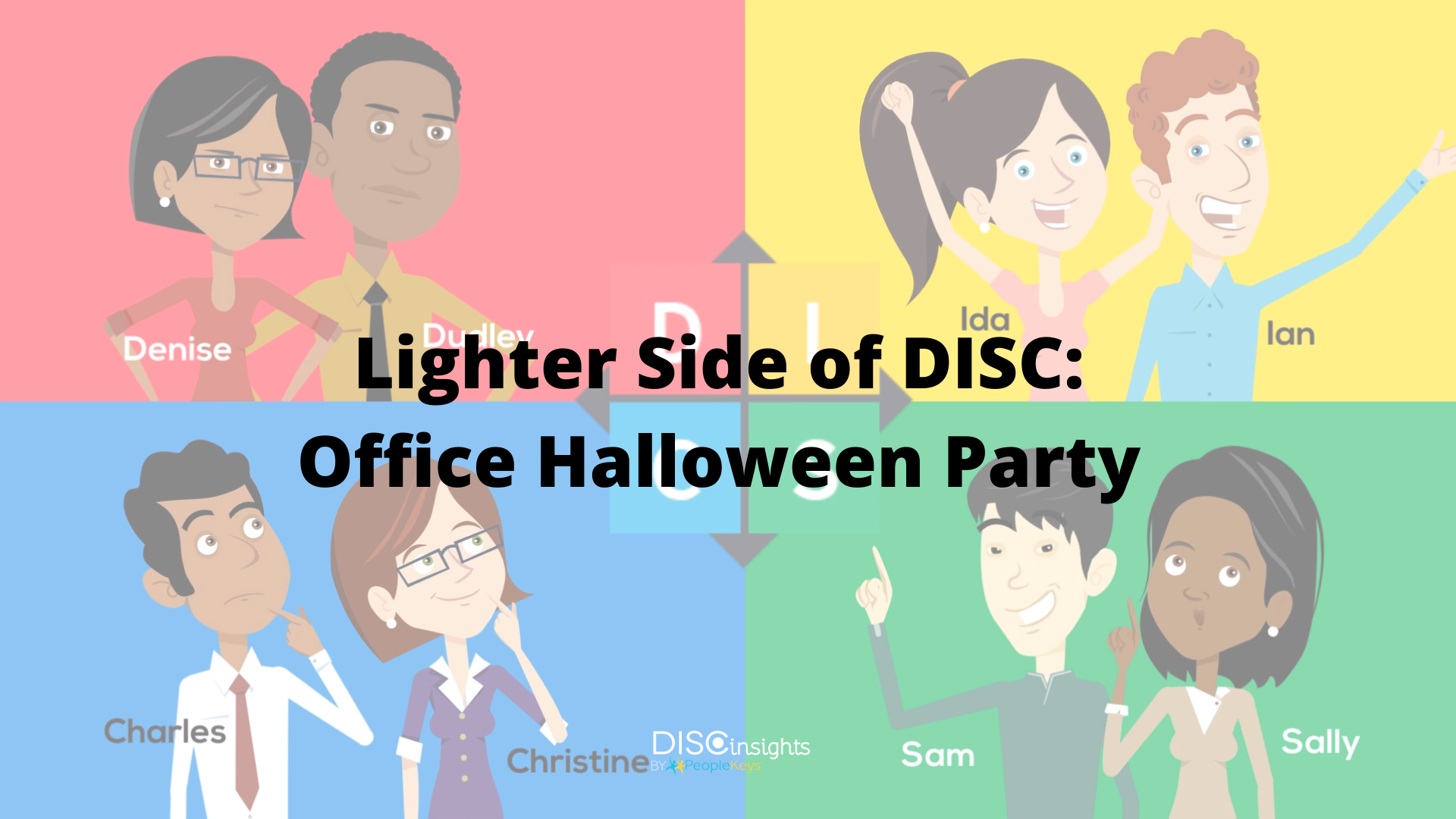 Our group of eight characters, which you’re well familiar with from the Lighter Side of DISC videos, decided to throw a Halloween party. As you know, they already work together every day but wanted a reason to get together in a fun and entertaining way. Coincidentally, Dudley, Denise, Ida, Ian, Sally, Sam, Christine, and Charles are each one of the four DISC Personality Types. (In case you haven’t noticed, the first letter of their names matches their DISC style!) The party was nothing short of a success… so let’s see how each personality played into it.

Dudley, a “D” personality, graciously hosted the party at his house–even putting up a majority of the funds to throw such an elaborate event. While the idea to get together belonged to Sally, it was actually Ian who suggested throwing the party in the first place. Everyone got on-board.

Denise, another “D”, and Dudley were involved very little in the actual planning or festivities. They loathe the planning and details, but they were in, attending the event dressed in Batcapes and equipped with utility belts.

Christine and Charles (both “C” personalities) stepped in to help Sally and Sam – representing the “Steady” style. Dressed as obscure comic book characters, the “Cs” calculated the time necessary to plan such an event. Charles calculated the backyard capacity and figured out how many people would fit inside, should it rain or snow. Christine calculated budgets and worked out the cost details.

Christine and Charles kept in regular contact with Sam and Sally - "S" personalities, in regards to the party plan and then when it came time for Sam and Sally to take over, they did all the shopping. Sally invited close friends and co-workers, making phone calls and sending out handwritten invitations with individual messages attached. Sam and Ian also kept in regular contact. As Ian’s ideas continued growing, so did Sam’s to-do list. In the meantime, Sam awaited a last-minute bid on a more traditional costume before settling on being a Doctor.

Bonafide life of the party, Ida and Ian – our “I” personalities, came in ready to mingle. They couldn’t wait for the big night. Ida and Sally figured out what they wanted to do, who they wanted to invite and what they should eat. Ida didn’t really care about the details. She left that up to Sally.

Entertainment for the party

Dressed as “Cinderella Being Abducted by Aliens,” Ida started inviting people outside of their direct circle. She invited her husband’s new boss, the lady at the pawnshop and that cute new guy she met at a concert the previous week.

Ian planned the entertainment, actually spending some time on the details. He hired the DJ, kicked off Karaoke, and even got everyone on the dancefloor, especially Sally! And, yes, as you already guessed, Ian also went on to emcee the event – oblivious to what his friends were currently doing.

Party getting out of control

Dudley seemingly got agitated, and Christine noticed how loud everything was getting. Charles, then pulled Denise and Sally off to the side. They needed to inform the neighbors or risk being fined. Sally made a few calls and apologized for the noise. Denise then threatened to call it a night should it get any worse. Sally spoke up and all was forgotten. The group went back to having fun, while Ida and Ian barely missing a note in the process.

The original plan was for drinks, chips, and candy. Ian made the others promise to have the cool candy – not the butterscotch from Grandma’s sock drawer. Dudley was the one judging costumes, but Sally thought everyone deserved a little prize so she made little baggies for everyone to take home.

Suddenly, the plan changed. Dudley decided everyone needed to eat. He got out the grill and then ordered a pizza. We’re not really sure who spiked the punch –maybe Ida or Ian, because Denise, Sally, Sam, Charles, and Christine were all too worried – each in their own way – that something could go wrong!

The night quietly came to an end and the eight co-workers vowed to do this again. Charles invited them over to play video games, and that’s where the next chapter begins.

If you’re in the Halloween spirit (no pun intended), you should check out our other DISC for Halloween blogs for tips on costumes, decorations and more! 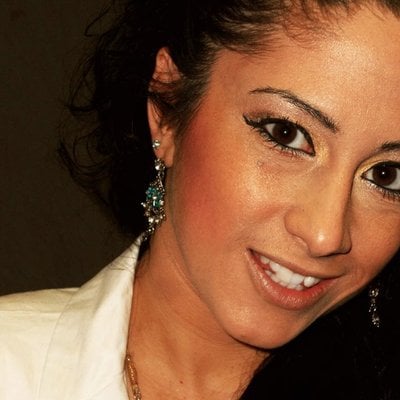 Jessica is passionate about “people” and helping them to evolve professionally. Her “I-style” personality trait has led her to 15+ years of service to public relations, social branding, and design strategy.